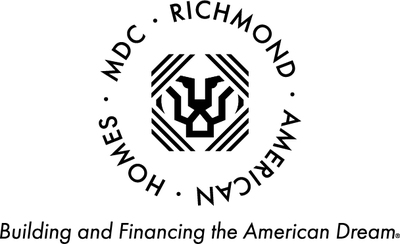 Community Preview Event  RichmondAmerican.com/PaloBreaEvent
Prospective homebuyers and real estate agents are invited to attend a sneak peek of Seasons at Palo Brea II, which will offer four plans with attached RV garages, in addition to two others. The event will take place from 11 a.m. to 2 p.m. on Saturday, October 12, and attendees can tour three unfurnished model homes.

The Richmond American Homes companies (RAH), HomeAmerican Mortgage Corporation (HMC), American Home Insurance Agency (also known as AHI Insurance Agency) (AHI) and American Home Title and Escrow Company (AHT) are owned, directly or indirectly, by M.D.C. Holdings, Inc. and, therefore, are affiliated companies. Each of RAH, HMC, AHI and AHT offers services independently of each other, and if you obtain a product or service from one company, you are not required to utilize the services of, or obtain products from, the other company. Your decision to use a company that is not affiliated with RAH, HMC, AHI or AHT will not affect your ability to obtain products and services from these companies.